Bringing the world to life...

Since most of the game "systems" are already in place and working, my current development focus is content. Quests, characters, items, encounters, little secrets found here and there... in sum, what you call a game. 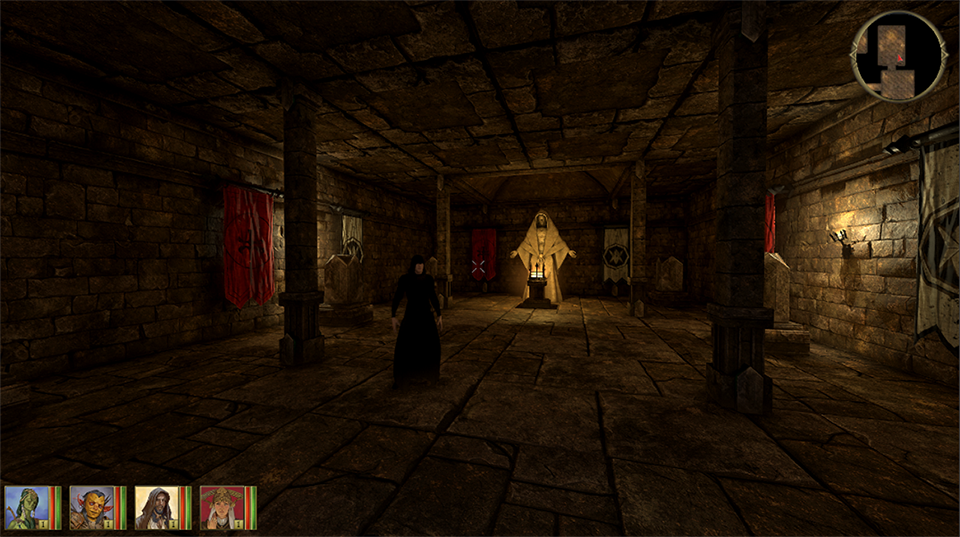 This is, no doubt, my favorite part of developing a role-playing game. It is the reason why I am making Archaelund: to tell stories. It is also the hardest part, especially in an open-world game in which things can be done in any order (or not at all!), and when quests are designed to have multiple outcomes, with consequences for the party's choices. I've been writing down many of these quests for years, and now it's the time to implement them into the game! 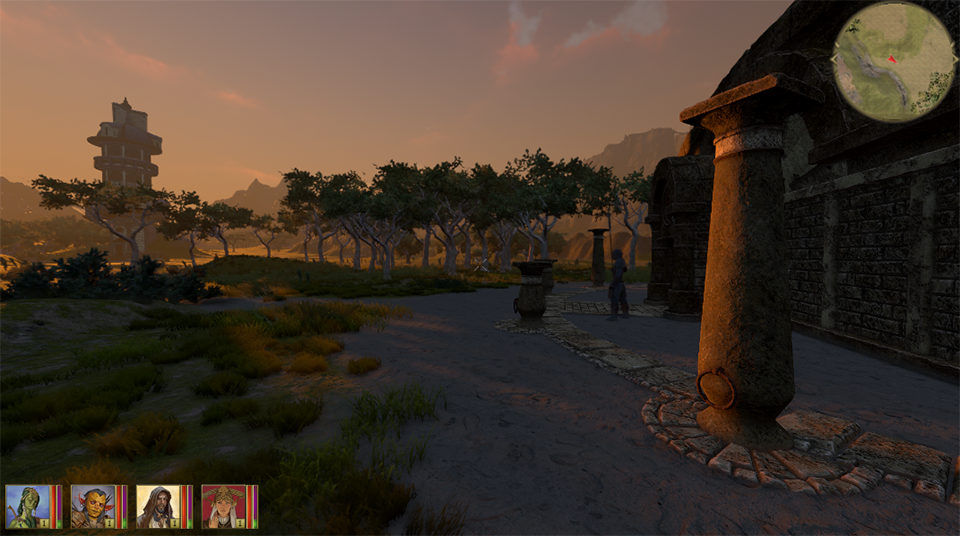 I'll give a breakdown of what we have, and what is enough to release the Early Access.

The world of Archaelund is divided in outdoor square "sectors", each of them large enough to include multiple locations such as villages, towns, ruins, bandit camps, or entrances to dungeons. Some will be more civilized and include human settlements, others will be wildlands, and typically there will be a number of dungeons accessible from them.

The first of such "sectors" is about 90% ready for the Early Access. It includes a town and many other special locations, lots of NPCs to talk to, a dozen quests and quite a few surprises. Currently it takes ten to twelve hours to create your party and go through that content, although it's hard to estimate the playing time given the open nature of the game.

There are currently another 3 accessible sectors which you can walk around, but the content in them is still only outlined.

We intend to release the EA with three sectors, and at least a dozen dungeons, although these goals may be revised. All these early sectors include towns or villages, which makes them pretty dense in terms of content. After Early Access release we plan to keep adding sectors to the game map, with a goal of 21 sectors when we reach version 1.0.

That's an ambitious goal that's on par with full a full scale RPG made by a big company.

Also, my easter egg wishlist is just a statue of a Swamp Donkey somewhere. .....

Just a little out-of-the-way state of a non-descript donkey. Maybe a little in-game description ". . . This long neglected statue is all but invisible. . . "

How the combat and companions will work?

Thanks for carrying the torch of true rpg awesomeness through this dark age of free to play paywall ridden wannabe rpg madness.I´ll click the buy game button hard enough to shatter my desk

The update’s will be available for IOS? Thanks for the great game

ZilenZyzz said:
The update’s will be available for IOS? Thanks for the great game
Click to expand...

Archaelund is for Desktop only first, maybe later there will be a mobile version. About EK, it will be so far in future and so many things can change so no one can tell you that right now