Finally did it, all quests including unweakened undermother on Ironman with a mage 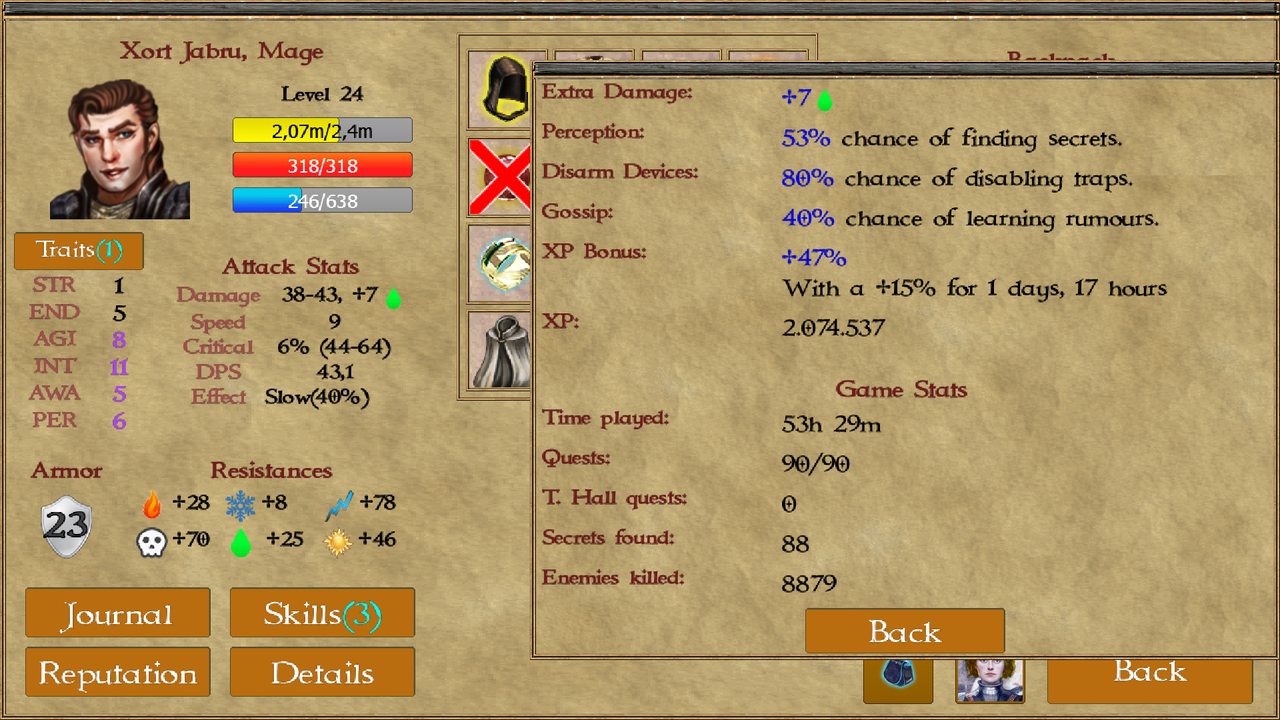 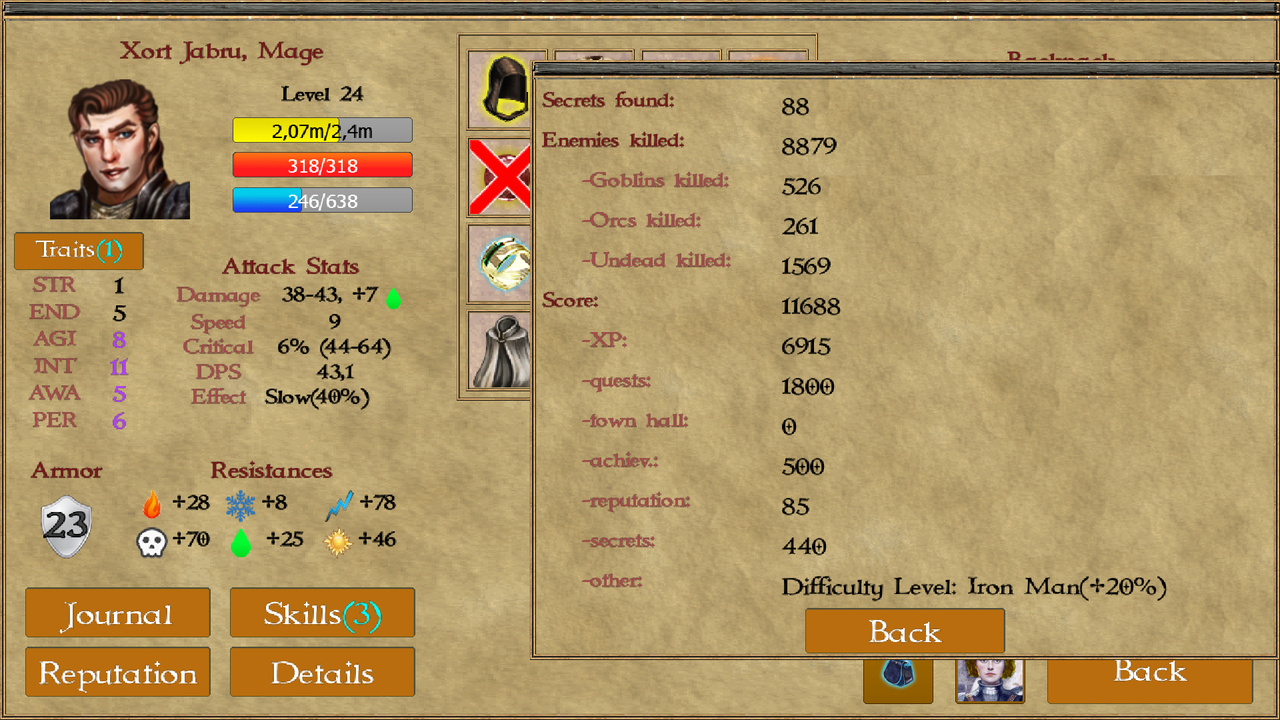 Over 53h, 5 times reskilled (last one was only for undermother), lost my ankh and was more than once nearly at heart attack, but I finally did that... XD

Ps: and it was lucky number seven, took me 6 tries (deaths) to get there...

That loss of the Ankh must have accelerated your pulse... Congrats!

Yeah, definitely, I thought I'm dead. But I still was relaxed, since that character would finish after that fight, was an all in, I already finished other quests, so dying wouldn't be that bad.

I should have realized the situation way earlier, that loss wasn't really needed, next time I'll do it better
W

Awesome. Most impressive is the 53 hours. You must have had a good linear plan. Any tips for others trying the same?

Well, most important tip for Ironman is: don't die... XD

I can help if someone has questions, but I won't make a guide...

I only managed to get that far because of a lot of grinding, hardest part is to get around lvl 8, then you should be ready to grind in Maze of lamph lvl 1. Spend there some hours to get ready for other quests. Also there is no such thing as 'overprepared' on Ironman, it's never enough. And don't be ashamed to run away, still better than dying. And get a summoner as soon as possible!

Wow this is amazing congratulations!

I'm doing an iron man Mage run too. Lvl 20 now and going strong, but I just lost my ankh today to a dark presence in the forbidden pit. I wasnt ready for the amount of damage it deals once fury 3 kicks in. With 1/4 HP left he took out my companion and iron golem then started chasing me down the corridors. My heart was beating like crazy, golem still had about 10 seconds left on cooldown, mage armor went down and he was now dealing about 90-100 damage per hit!!! Despite frantically gulping down healing pots every 3 seconds, a few hits later I read the dreadful message that "your ankh of life has saved you." I thought that was it for my 100+ hours mage, but luckily golem had finally come off cool down and I was able to hide behind a corner to lose aggro.

I was getting really confident in ironman and this was one hell of a wake up call. Now I'm scared of everything again haha! I've never made it passed lvl 10 in this game before this character so I'm figuring things out as I go as well. Thinking about taking on the Ark of Lothasan quest soon. I noticed that you are using a staff in your video but I am still using wands. Is it better to use staffs late game? Should I think about respeccing? Also, do you have any other tips for lvl 20+ things to look out for? Now that I've got no ankh, I have no more room for error :S

Share your build first, that makes it much easier (inventory, traits and skills), just make some Screenshots and post it (blue link under text box 'add image to post')

Yes forbidden pit is really a pain in the ass, best tip is, do not attack the enemy, only to get aggro with first hit and than let the companions solve it. They have really high speed and it happens that they get aggro to you and ignore the companions or summoner and attack you. Also always have some speed potions with you and flee if needed. I didn't attacked dark presence myself, I had a lot of revive scrolls and potions and let my companions and summoner handle that (used double summoner with fire and iron golem, so I could summon one while the other was on cooldown)

Staff: I prefer them, because of additional damage depending on your int, it's more useful for lategame because of higher damage.

Ark: get your bolt maxed, get enough shock resistance and a shock weapon. That will help you for the start. And never overdo too much, try to lure the spiders one by one in a separate room and use iron golem (must have against wizards because of shock resistance) as shield. Also try to get the happy ending, I never risked fighting the horror on Ironman

Omg yes speed potions!! I should have thought of that before. Thanks for the advice i'll carry those with me at all times from now on.

So enemies in the ark are weak to lightning and deal lightning damage? That's a bit odd but really useful info. Ill get my bolt maxed asap. I'll post my build in the next reply, would be rlly interested in what you think.

You should get lightning bolt skill for ark