The map can be read in quite a simple way: Areas of the same color are roughly comparable in difficulty, so if you can prevail in one area, others of the same color will likely also be suited for your character in its current state of development. If you are in search for new challenges, try areas of the next higher category at first. 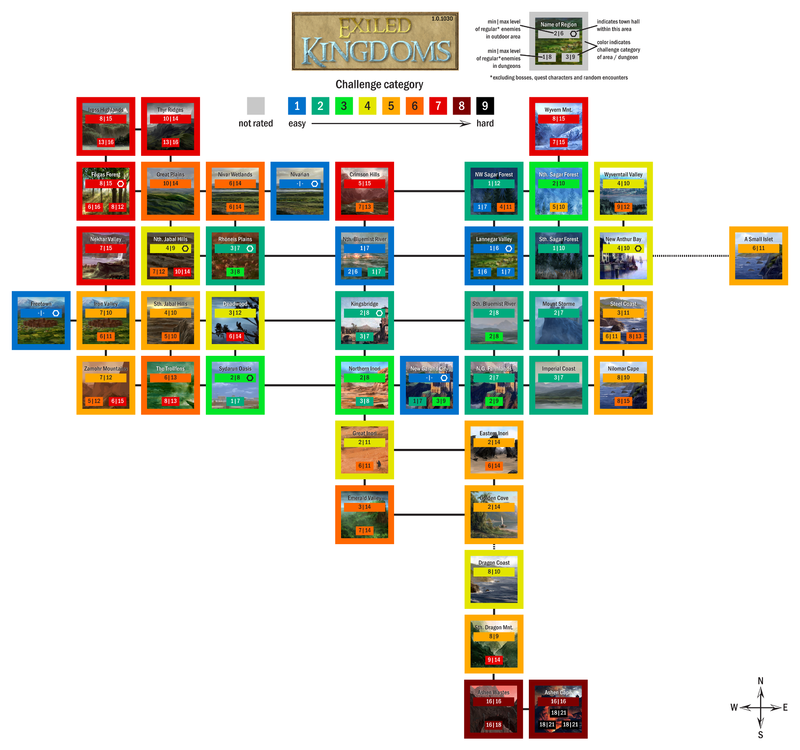 Click on the map to view an enlarged version.

For more details on a specific area, visit the Areas page or use the in-map links in the enlarged version of the map.

As the game is still under development, so is the map. New areas will be added when they become available and the scale of challenge might shift in future releases. Please be also aware that rating the level of difficulty is not exact science, as everyone perceives challenges differently, depending on character class, developed Traits and Skills, personal style of playing, and so on. So regard this map as what it is, a tool for orientation, and feel free to explore the Exiled Kingdoms on your own account.