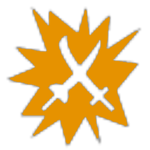 “If you hit twice the same enemy, you gain bonus damage, which keeps increasing with each new hit. The effect ends if you hit a different enemy, or you abandon combat.”
― In-game text

This passive skill is applied automatically while in melee combat with a single target, thus the longer the fight the greater the benefit. This makes is very valuable against boss and mini-boss opponents.

This is an advanced skill, learned from: Sergeant Daukar in The Warrior's Guild (New Garand)