The official full-scale map of the Isle of Varannar as seen in the main menu of the game. 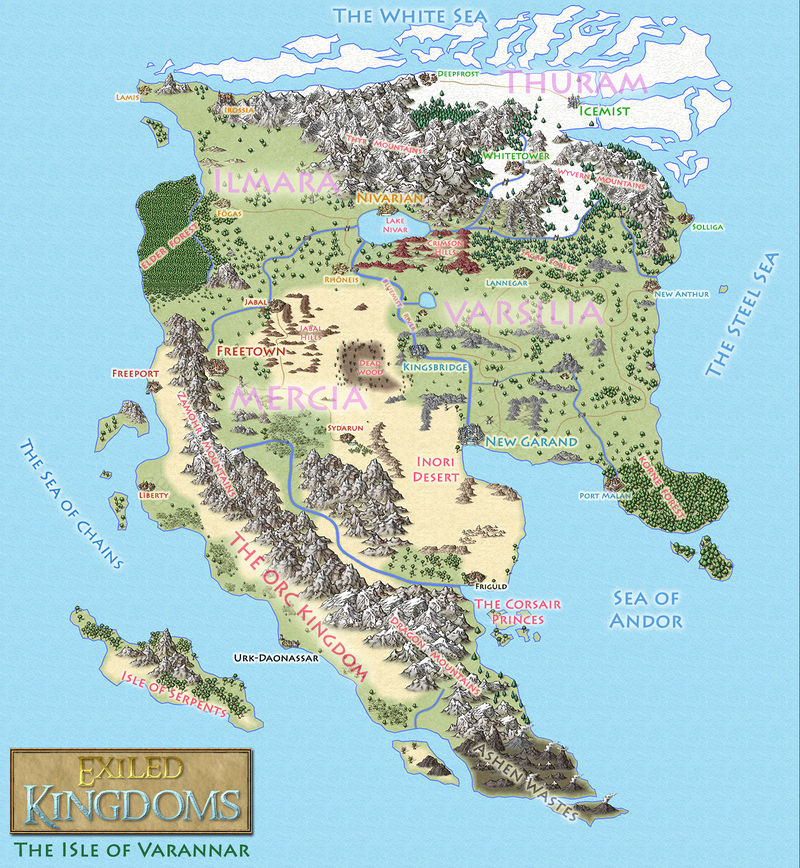 A fanmade map (by Kuratha) displaying additional information such as borders, locations, and names. 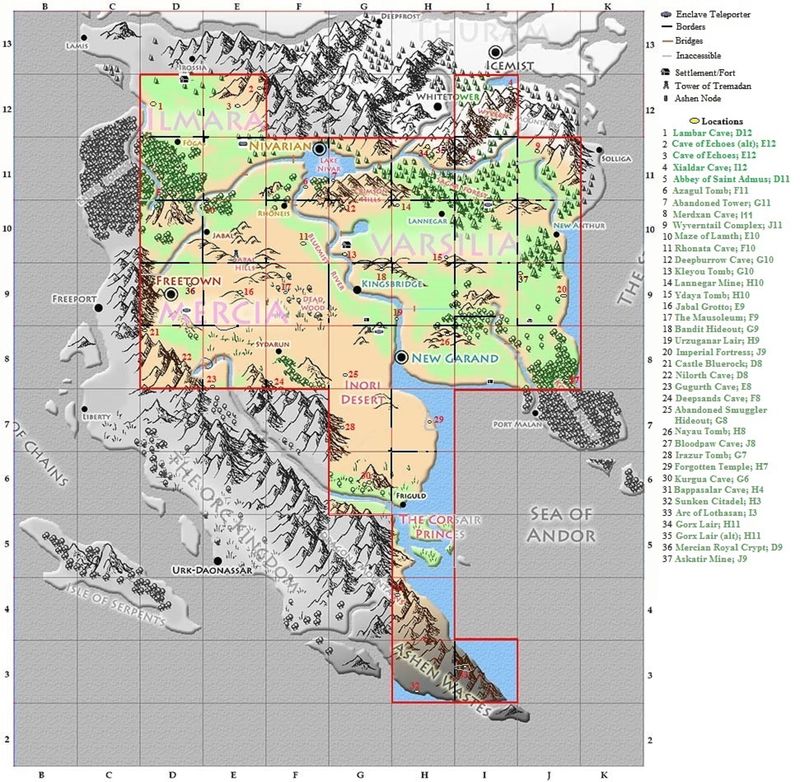 A fanmade map (by Lady Diana) composed of all the detailed in-game area maps and overlayed with the world map. Due to its enormous size only a heavily shrinked version can be shown here. The full-size version is available at http://exiledkingdoms.com/forum/wiki/worldmapfull.jpg. 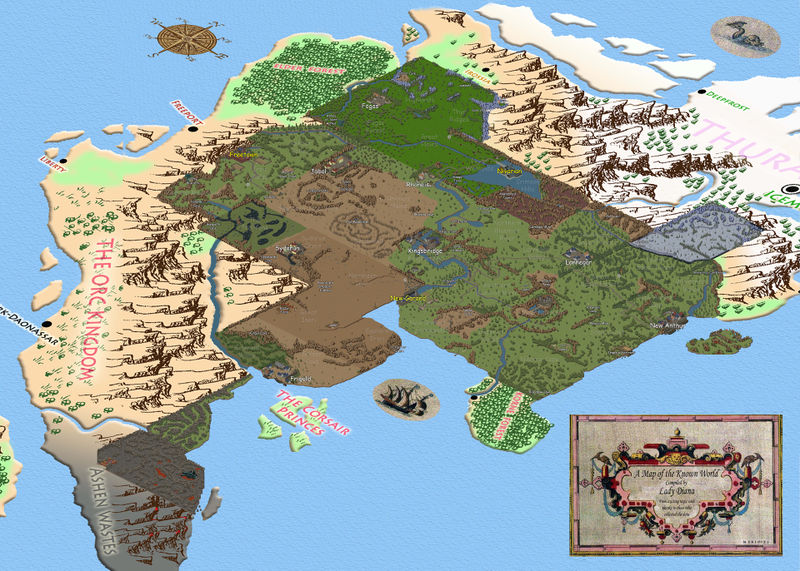 A fanmade map (by MikeB) providing an overview on the level of difficulty of the various areas. It is intended as a guide for new and inexperienced players who are unsure where to head next in the huge (and mostly hostile) world of the Exiled Kingdoms.

The map can be read in quite a simple way: Areas of the same color are roughly comparable in difficulty, so if you can prevail in one area, others of the same color will likely also be suited for your character in its current state of development. If you are in search for new challenges, try areas of the next higher category.

Please be aware that rating the level of difficulty is not exact science, as everyone perceives challenges differently, depending on character class, developed Traits and Skills, personal style of playing, and so on. So regard this map as what it is, a tool for orientation, and feel free to explore the Exiled Kingdoms on your own account. 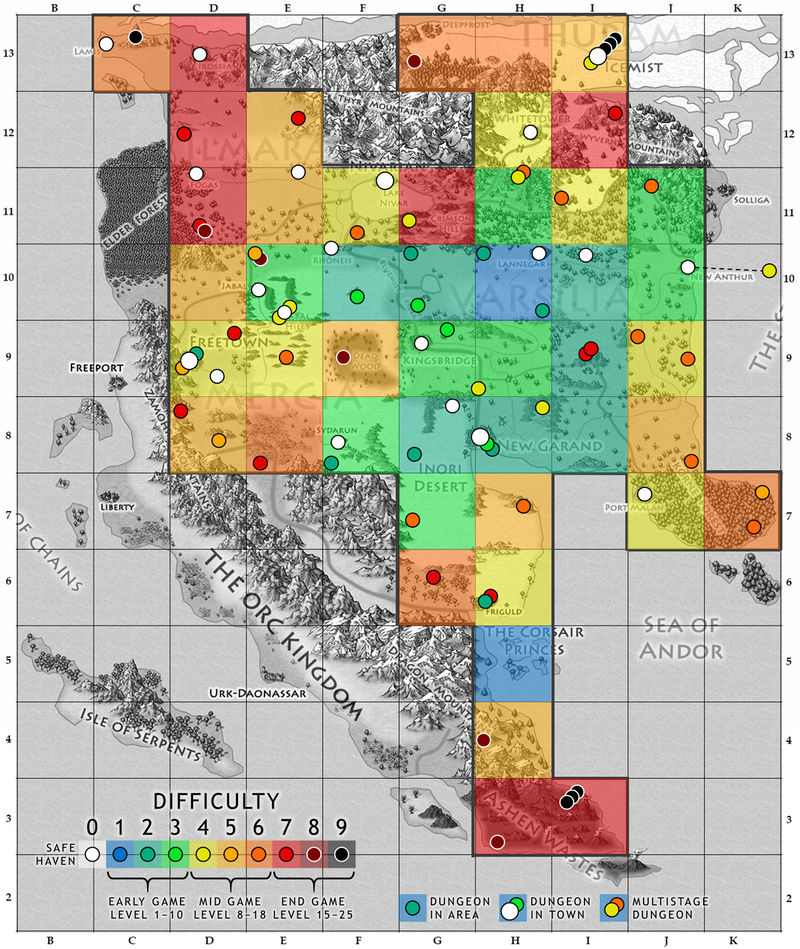 A fanmade map (by Kuratha) displaying the various fast travel routes in the game. 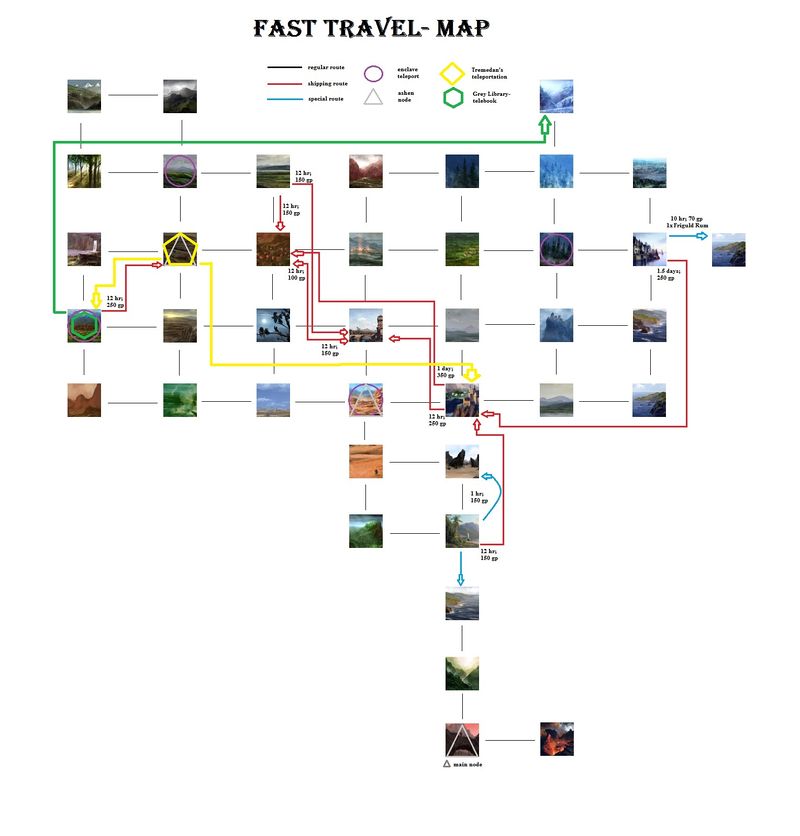